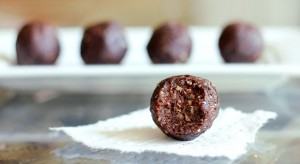 What is German chocolate?
This type of chocolate is similar to a semisweet chocolate, but has a higher sugar content in it and is very often used in bakery (especially for German’s chocolate cake).

In 1957, the original recipe for “German’s Chocolate Cake” was printed in a local paper in Dallas, Texas. Then American Baker’s Chocolate Company started baking these cakes their sales are said to have increased by as much as 73% in a very short time period and the cake became a national staple.

German chocolate cake is a layered cake topped with a pecan and coconut frosting. The rich frosting makes this chocolate cake so unique. The topping is made by slowly caramelizing egg yolks and evaporated milk over medium-high heat and then stirring flaked, sweetened coconut and chopped pecans into it. Mixture is spread between the cake’s layers and on top. Also, maraschino cherries are placed on the top of a cake.

More about German chocolate cake
In the past 50 years, German chocolate cake has maintained its popularity. Commercial and locally make this cake it on a regular basis, and offer a cupcake form and even ice-cream as well. It is possible to buy mixes for the cake with the famous topping ingredients.