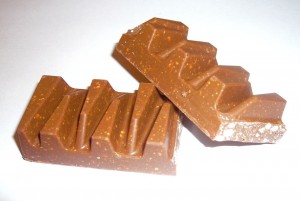 The history of Swiss chocolate
The ancient Aztecs and Mayan cultures discovered the value of the cocoa plant and they believed that power and wisdom came from eating the fruit from the cacao tree. Christopher Columbus in 1502 for the first introduced chocolate to Spain from his fourth voyage to the New World. The Spaniards have learned how to make chocolate from the Aztecs at the time of the Spanish invasion in 1519. The recipe how to convert the bitter cocoa into a beverage was a secret for 100 years. In the XVI-XVII century, chocolate had a great success in Europe and most of it was produced in Switzerland. In XIX th century Swiss chocolate started to spread aboard.

In the beginning of the XIXth century Daniel Peter with the help of Henry Nestle has made a milk chocolate. They have mixed sweetened condensed milk with chocolate.

In 1845 Sprungli took an Italian recipe and impressed the elite of Zurich with their milk chocolate. He opened a shop and became very popular. In 1879, Rodolphe Lindt a famous chocolatier perfected a chocolate chocolate process. Sprungli purchased the Lindt Company and combined two companies that today became very successful and produces in six different countries and the greatest premier of chocolate.

Benefits of Swiss chocolate
The Swiss choclate is made from high-quality cocoa beans which are imported from Africa, from places that produces the best cacao in the whole continent. The milk for this chocolate is homegrown from Swiss cows and no powdered milk is used. Only the best ingredients are selected to make a bite of Swiss chocolate. Even enery region is Switzerland has its own particular style of chocolate making.